Form FinCen 114 is due June 30, 2016. No extensions are available! Failure to timely file can result in severe penalties as much as 50% of the highest account value and possible criminal charges that can carry a prison sentence.

This is why I ask each year if you have an interest in a foreign financial accounts.

As with most things to do with the government, the definition is complex. Generally, a foreign account is any financial asset held at a foreign branch of a financial institution. Some examples:

Owning a foreign stock held at a U.S. branch of a financial institution is not a foreign financial account. Nor is a mutual fund that holds foreign stocks when the mutual fund is held at a U.S. branch. (There are other filing requirements if you own a significant amount of any particular foreign company but those rules are beyond the scope of this post.)

When do you have a financial interest?

If you own, have signature authority over or can direct the use of the account then you have an interest in the account. 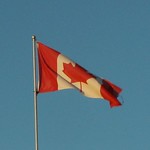 Finally IRS has come to their senses. Prior to October 7, 2014 Canadians subject to U.S. income taxes had to make a written election to avoid paying tax on what they earned in RRSPs and RRIFs. If a Canadian failed to make the election on their first return, they had to report and pay tax on the earnings in their RRSP or RRIF every year. Fortunately, the pain could be stopped by making a later election but the taxpayer could not get the tax back for years prior to the election.

These Canadian plans are similar to the U.S. individual retirement plans (IRAs). plan.

This is probably one of the most frequently missed elections. I have a hard time figuring out who would not want to make this election if they knew about it. Now the IRS will assume affected taxpayers made the election unless they the taxpayer affirmatively elects out by reporting the income and paying the tax each year. Not only does it help Canadians who are new U.S. taxpayers, it also retroactively helps those who did not make the election and did not report the income all the way back to 1996.

You can read the press release (IR-2014-97) at the IRS website. At the bottom of the release, IRS provides a link to a PDF with the official announcement.

Please note that this notice does not eliminate the need for other forms such as the FinCen Form 114 that reports foreign financial accounts. The RRSPs and RRIFs may also have to be reported on Form 8938. Penalties for failing to file either form are quite severe, especially the penalty for FinCen 114.